The colorful state of Oaxaca is the home of Tehuana women, a community known for their confidence, hard work, power, and beauty.

Diego Huerta, Director, and photographer of the documentary "Inside Oaxaca," explore through his camera 17 towns of the state of Oaxaca in Mexico, including Tehuantepec District in the west of the Istmo Region. The market and negotiations in this place are ruled by Tehuana women, a precious community of empowering ladies of all ages that are the ones who negotiate their products in the city's market and the ones that bring the money to their families.

Thanks to "Inside Oaxaca," Huerta had the chance to interact directly with these magnificent women. In his pictures, he catches the essence of each of them. The images are most alike a piece of art. As proof of it, well known worldwide magazines like National Geographic fell in love with Diego's job and used his portrays of Tehuana women as the cover and main topic of their publications. 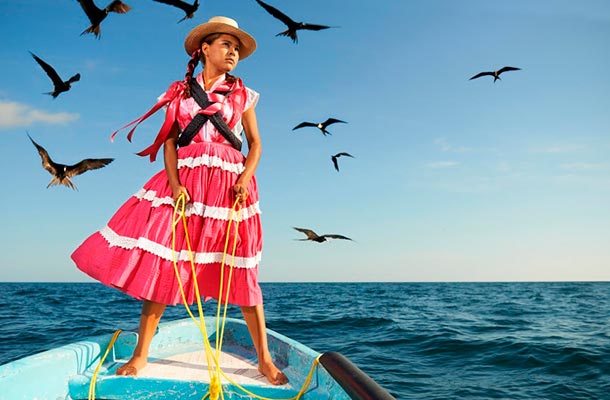 The recognized Mexican photographer explains how some people have wrongly pointed out that the Tehuana women in his pictures as "actual models." Regarding this, Huerta claims, "in the portrays I make there are no models, they are the same people I get to know in my journey wearing their clothes. Each of their garments is truly part of their identity and culture".

Tehuanas are descendants of the Zapotecs indigenous, one of the most developed Mesoamerica cultures during pre-Columbian times. Oaxaca cities are mostly habituated by indigenous. However, the Zapotec population in the cities of Tehuantepec and Juchitán had a highly diversified occupational structure, typical of urban society and culture more complicated than that of other ethnic groups in the region. 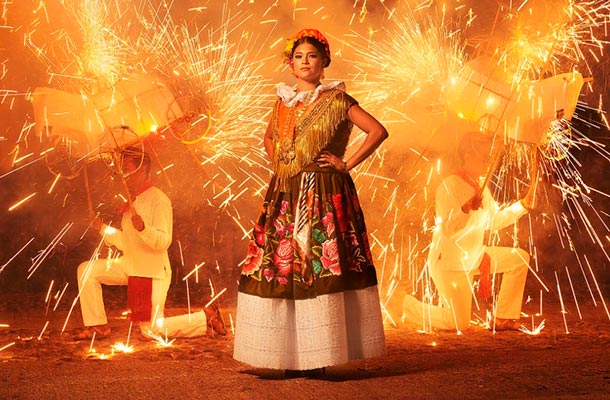 According to Marinella Miano Borruso "on the Isthmus, the physical and social space seems to be completely occupied by women, opulent women, with a proud demeanor, a well-raised head, a haughty gaze, often more upright than that of men, an attitude of security in the face of others already life, freedom, and ease of movement, vivid bodies without constrictions or shame."

Julin Contreras claims the same, a Tehuana artist who, in an interview with The Woman Post, says, "I can define a Tehuana woman as a beautiful, wealthy, happy, hard-working, enterprising woman. careful woman of her children and her environment."

However, their most eye-catching feature is their colorful appearance. In the Zapotec culture of the Isthmus, women's attire is a fundamental element of their identity, which reflects their power and social status, whose importance lies in the fact that it has survived despite the attacks of globalization, and with it, the traditions, the singing of the indigenous language and the warmth of its memory. They have dresses for different occasions, including celebrations and funerals.

For daily activities, women wear the well-known "rabonas," which are long skirts of any fabric, with a few touches of embroidery, chain, or even the same stylized fabric.

Also read: The Mexican Viral Artist that Will Make You Smile with her Drawings 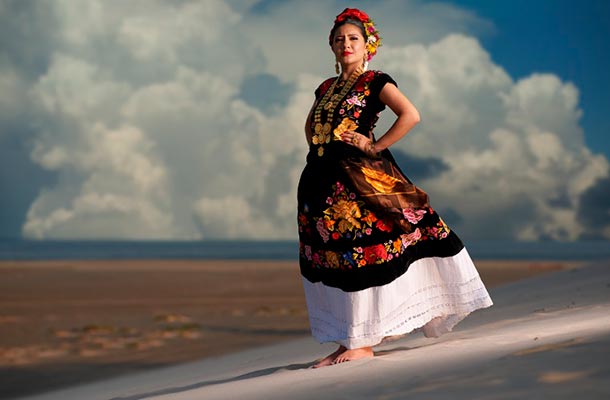 According to the Tehuana artist, "the important thing is that in all the wardrobes of all the houses there is always a garb for the occasion, that's why the woman is empowered. She takes charge of everything, including her money and savings. The man is not an economic necessity for the Tehuana woman, but it is, for example, a privilege to join a party with her husband".

When I ask "Inside Oaxaca" Director his thoughts about the matriarchal culture of Tehuana woman, he said than rather than being "matriarchal," they are egalitarian. Regarding this, Huerta clarifies, "the man from the early hours of the morning goes out to the field, works, harvest what is going to be sold in the market, and returns first to his house. The woman's responsibility is to take all the products that her husband collected to the market and sell them".

Huerta suspects that the people that go to Oaxaca to document life there don't see what happens at dawn, so part of the story is lost. According to the photographer, "women and men team up with each other, and by doing so, they are consolidating a strong, firm family model that has prevailed through the years."

This perspective is not far from the reality since Contreras, the 73 years old Tehuana artist, claims that despite Tehuana women are busier during the day at work, men can enjoy more of their free time during the day. Media has portrayed their husbands as lazy men that are all day long lay down with a glass of coconut water or a beer in their hands. Nevertheless, they also help to take care of the children. According to the artist, "the man may even be sleeping in a hammock with the child while the woman is going to sell or do her business effectively." 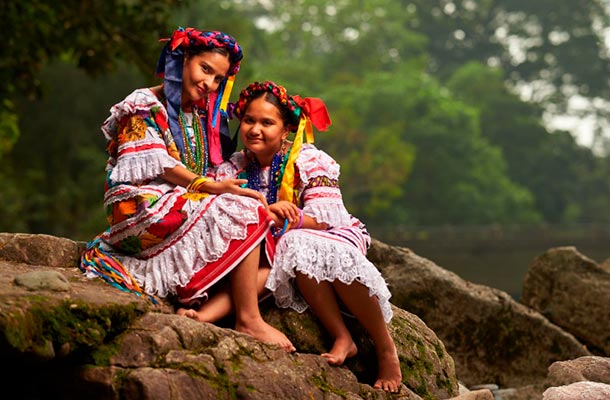 Focusing on the visual part, one of the "Inside Oaxaca" Director dreams was to become a muralist, "I saw myself as a painter, a muralist, like the great Mexican muralists, Rivera, Siqueiros, and Orozco." Nevertheless, Huerta's destiny and success would be defined by his portrays of Tehuanas. He loves colors, that's why he finds it enjoyable to take pictures of these women and their colorful dresses.

Finally, Contreras highlights the importance of Tehuana women in Mexico history, leading to different marches, including female uprising related causes. "If a request needs to be made, Tehuana women always come forward" insists.

Transphobia: the main reason of the lack of opportunities against the trans community

The big amount of stigmas against the trans community has been used to justify the violence against them but also has closed the access to basic human rights.

Being a mom is not easy. For this reason, taking time just for you may change your world. Even if it's only a few days, solo trips without your husband and kids can be an excellent opportunity to take a break.

Would You Change Your Eating Habits To Consume Insects?

Currently, the sustainability of the livestock sector is being discussed due to the resources needed to produce meat and the emissions generated by farm animals, especially cattle.

Options To Take a Breath

We all tend to mistakenly believe that sleeping and resting are synonyms, hence associating a good night’s sleep with deep rest.

Where was Selena Gomez?

After months without addressing her 185 million followers on Instagram, the singer surprises with a candid video message with her best style

Why Are Women at Risk of Heart Disease?

Learn in The Woman Post the keys to predict cardiovascular diseases in the new generations.

463 million children were left without education due to COVID19

The figure was released by UNICEF recently, just when the world's schools still do not know how to face the reopening

34 Years Since the Chernobyl Disaster

Let’s not forget that on April 26 1986 one of the nuclear reactors in Chernobyl was accidentally destroyed.