Lead is affecting children massively according to a recent report by UNICEF and Pure Earth .

Report indicates that one in three children around the world has high levels of lead in their blood. / Photo: © UNICEF / UNI67554 / Siddique

The report, the first of its kind worldwide, states that one in three children worldwide have blood lead levels equal to or greater than five micrograms per deciliter (µg / dL), a level that requires action.

In total, almost 800 million children are being affected and half of these children live in South Asia.

"With few early symptoms, lead wreaks havoc on children's health and development, with possibly fatal consequences , " said Henrietta Fore, UNICEF Executive Director. "Knowing how widespread lead contamination is, and understanding the destruction it causes individually and as a community, should inspire urgent action to protect children once and for all."

The report, The Toxic Truth: Children's Exposure to Lead Contamination, is an analysis of childhood lead exposure conducted by the Institute for Health Metrics Evaluation (IHME) and verified with an approved study for its publication in Environmental Health Perspectives.

Lead is a powerful neurotoxin that causes irreparable damage to children's brains. It is particularly destructive to infants and children under the age of five, damaging their brains before they have had a chance to fully develop, causing lifelong neurological, cognitive and physical decline.

Lead exposure in childhood has also been linked to behavioral and mental health problems, and an increase in crime and violence. Older children suffer serious consequences, including an increased risk of kidney damage and cardiovascular disease in adulthood, according to research. 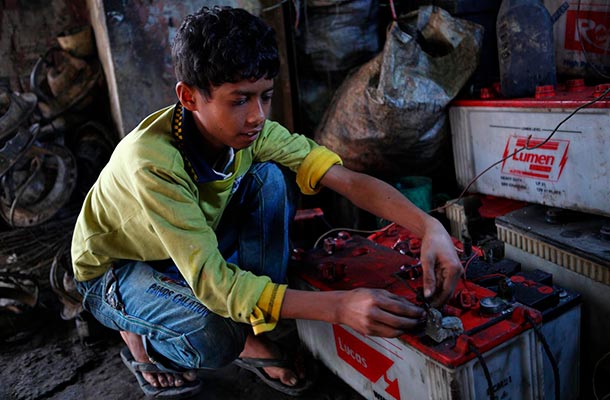 The research-based report notes that informal, low-quality recycling of lead-acid batteries is a major contributor to lead poisoning in children living in low- and middle-income countries, which have experienced a three-fold increase in the number of vehicles since 2000. The increase in vehicle ownership, combined with the lack of regulation and infrastructure for the recycling of car batteries, has resulted in up to 50 percent of lead-acid batteries being recycled in an unsafe way by the informal economy.

Workers in recycling operations, an activity that is very often illegal, break open battery boxes, spill lead acid and dust on the soil recovered in raw open-air furnaces that emit toxic fumes that are inhaled and poison the surrounding community .

It may interest you: COVID-19 baby boom? This new study suggests perhaps not

Often times, workers and the exposed community are unaware that lead is a potent neurotoxin.

Other sources of childhood exposure according to the UNICEF Y Pure Earth report include lead in water from the use of leaded pipes; The chemical element is also found in recycled batteries when e-waste mining is done; lead-based paint and pigments and leaded gasoline, which has decreased considerably in recent decades globally as a global requirement, but was an important historical source of contamination with the material. 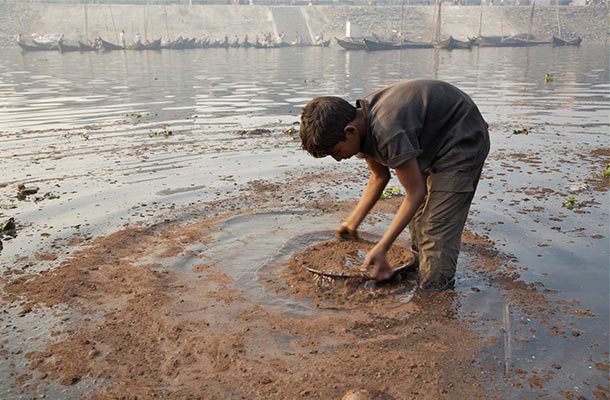 Other sources such as lead solder in food cans; and lead in spices, cosmetics, Ayurvedic medicines, toys and other consumer products contain the silent killer that today affects one in three children worldwide.

Parents whose occupations involve working with lead are also a source of contamination for their children, bringing contaminated dust into their homes, which gets into their hair, hands, and shoes, inadvertently exposing their children to the toxic element.

“The good news is that lead can be safely recycled without exposing workers, their children, and the surrounding neighborhoods. Lead-contaminated sites can be repaired and restored, ”said Richard Fuller, president of Pure Earth.

“People can be educated about the dangers of lead and have the power to protect themselves and their children. The return on investment is huge: better health, higher productivity, higher IQ, less violence, and a brighter future for millions of children around the planet, " concludes Fuller.

While blood lead levels have fallen dramatically in most high-income countries since the phase-out of leaded gasoline and most lead-based paints, blood lead levels for children in low- and middle-income countries have remained high and, in many cases, dangerously high even a decade after the global phase-out of leaded gasoline.

The report also details control measures, including preventing children's exposure to high-risk sites and products that contain lead, such as certain ceramics, paints and toys.

Management, treatment and remediation, including strengthening health systems so that they are equipped to detect, control and treat lead exposure among children; are some of the measures in addition to providing children with improved educational interventions and cognitive-behavioral therapy to better control the negative effects of exposure to the harmful chemical substance.

Public awareness and behavior change, including the creation of ongoing public education campaigns on the hazards and sources of lead exposure with direct appeals to parents, schools, community leaders, and health workers must be urgently addressed by governments so that the problem does not advance. In addition to advancing legislation policies and regulations that are enforced for the health of children worldwide.

Giving Greater Value to What We Make Ensures Success

IKEA is the most successful furniture store in the world, according to Stereophile.

Influential women in cybersecurity were recognized

Female experts from across America were awarded for their contributions to cybersecurity.

Motherhood in the 21st Century

Mothers become roles models and warriors that would do anything to make their family happy. Let's take a look at the different kinds of maternity.

Those with a high emotional quotient (EQ) are more likely to be considered and approached for senior leadership positions in an organization.

Climate Activism, in the Voice of the New Generations

In recent times, climate change has become one of the most important issues on the international agenda.

Canadian writer Anne Carson is the ninth woman to win the Princess of Asturias Award for Literature in 40 years .

Inspiration for Your 2021 Summer Vacations

We all know that schools are coming to the end of term, and days are starting to feel longer. The summer vacations are finally arriving.

Located in Dublin and with a history of 429 years, Trinity College named its 45th Provost of the University that will be starting on August 2021.